The company was established as an SPV for structuring multiple online projects led by the internationally acclaimed venture capital investor Victor Remsha. SPC Smalls builds on the successful experience of the Finam Global fund, which has successfully invested in promising TMT sector projects in Europe, Southeast Asia and North America since 2004. 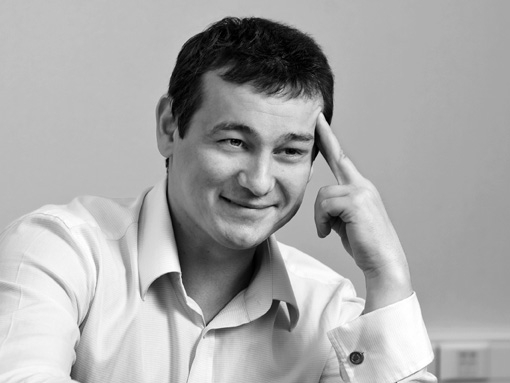 We have always focused on the needs of clients seeking to invest. Our goal is to provide them with everything they need to grow their investments with the help of IT. Victor Remsha

Victor Remsha is originally from Krasnoyarsk. He graduated from the Bauman Moscow State Technical University, majoring in radio electronic systems. In 1994, as a student, he founded the company Finance Analytics. Initially, Finance Analytics provided information services, and then, it expanded into financial services, providing retail investors with access to Russia’s stock exchanges. Later, Finance Analytics became Finam Investment Holding; all of the holding’s companies started operating under the Finam brand.

Finam was the first Russian brokerage to create its own financial literacy programs, open to the public, which became an important marketing vehicle. The company was also one of the first investment firms in Russia to establish its own bank, Finam Bank. With a wealth of IT expertise, Finam launched Comon, a social trading platform which is currently one of the largest auto-tracking services.

Finam has rapidly expanded both its domestic and foreign operations. Today, the group’s subsidiaries and representative offices operate in Europe, Asia, South America and North America.

As a finance industry professional, Victor Remsha saw the potential for investment in venture projecаts and startups. Since the early 2000s, he has extensively invested in IT startups in Russia and other countries. Key investment areas are social platforms, native ads systems and fintech projects. His investments include such successful projects as the AdTech company Begun, the dating platforms Mamba (on the list of the most valuable Russian technology companies according to Forbes), Badoo and Bumble, the digital agency E-generator, the payment system Delta Telecom, the banking marketplace Banki.ru, and the social media platform MirTesen. Remsha holds equity stakes in a number of the most promising and rapidly expanding Russian and foreign technology companies Since 2004, he has invested in more than 50 projects, and his investment portfolio is currently valued at over $1 billion.

And more than 50 projects in 14 countries